Posted on 27 October 14 by gwenamon 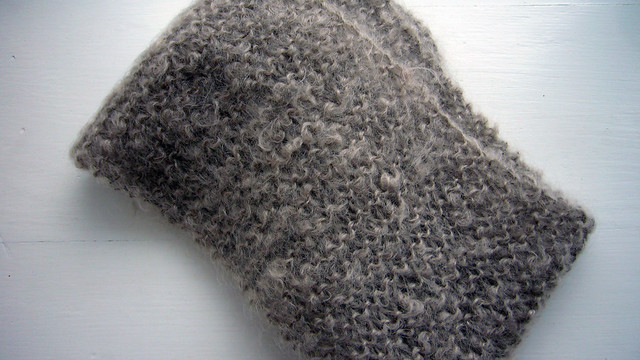 I learned to knit around the time that Paul and I got together, almost eight years ago. For my first knitting project, I bought wool that should have been spun into a skein. I didn’t know and got it all knotted up. Horribly knotted up. I lost my patience when attempting to unravel the mess, and left the huge heap of knots on the kitchen table, telling Paul it was impossible, before heading out to meet a friend.

Imagine my surprise and delight when I came home to find the mess replaced with a neatly wrapped ball of unknotted wool. Not only did Paul’s wool-unravelling make me think for one of the first times that “He’s a keeper.”, I was struck by his calmness and patience. It must have taken him almost the whole time I had been out.

Fast forward to an evening a few weeks ago. Paul and I are still together and have a three-year-old son, James. I went to start crocheting a hat for James’ Halloween costume. Neither end of the just-purchased skein (which needed no further spinning – I now know the difference!) released properly. The ends had been accidentally spun into other strands of the skein.

I knew what lay before me and I remained totally calm. Two hours later, I had made a neatly wrapped ball of wool.